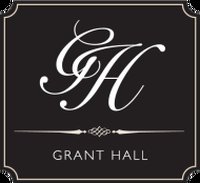 The Grant Hall Hotel first opened its doors in 1927 and was named after the Vice-President of the Canadian Pacific Railway. The majestic five-storey building was designed by an English architect by the name of Richard Geoffrey Bunyard. During his career, Bunyard was responsible for a large number of buildings in the city including schools and hospitals. He was one of the more prominent and prolific architects in the Moose Jaw district and one of seven founding members of the Saskatchewan Association of Architects.

The Grant Hall Hotel became a landmark in Moose Jaw and remained an active hotel for over 60 years providing accommodations, and a site for weddings and social gatherings for people around the world. The hotel closed its doors in 1989 only to take a break before beginning a new chapter in history.

We are located in beautiful downtown Moose Jaw, close to the Mae Wilson Theatre, Moose Jaw Casino, Mosaic Place, amazing boutiques, and so much more…

Come join us for your time here in Moose Jaw, a notorious little city, with an amazing history.